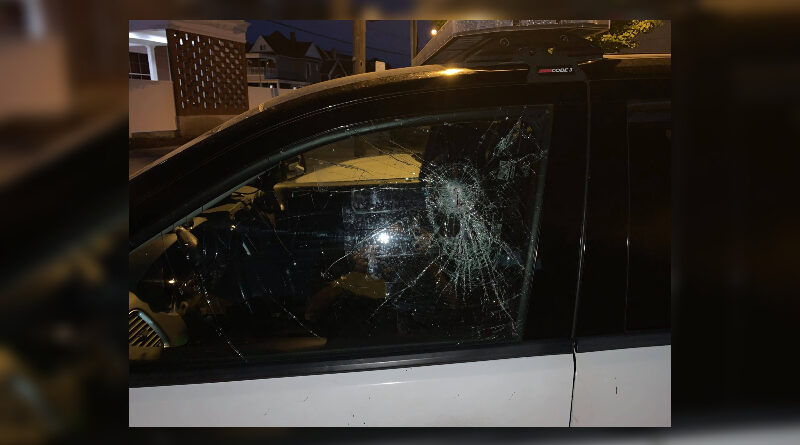 The Fostoria Police Division says a man stabbed an object through the driver’s side window of a police cruiser, nearly striking the officer inside.

It happened Monday night outside an apartment on Peeler Drive.

Police responded to the area on the report of a drunk man being violent.

Police say, as officer Jennifer Muro approached the scene in her cruiser, a man identified as Sophine Lesean Williams, came at her cruiser with what appeared to be a knife and stabbed through the driver’s side window piercing the glass and narrowly missing the officer’s head.

Williams, 26, then tried to run away and was apprehended without further incident.

Police say the object Williams assaulted the officer with was identified as a knife steel. A handheld steel rod approximately 12 inches long.

Officer Muro was treated at Fostoria Community Hospital for glass shards on her face and eyes and minor cuts to her face.

Williams was arrested and is in custody for burglary, felonious assault and vandalism.

Deputies from the Seneca County Sheriff’s Office also assisted with the situation.