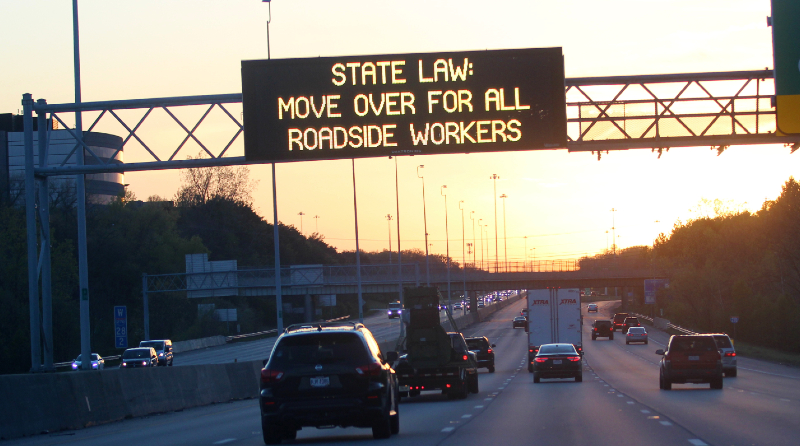 This is National Work Zone Awareness Week and the Ohio Department of Transportation is urging drivers to be careful around those orange barrels or there could be deadly consequences.

Linda Cook lost her husband in a work zone crash in 2017 and is now a road worker safety advocate.

Linda’s husband was working on Interstate 70 in Columbus when he was struck and killed by an impaired driver.

Last year, there were more than 4,500 work zone crashes in Ohio.

ODOT says, so far this year, already more than 60 of their work crews have been struck by a driver not paying attention.

ODOT says it’s very important for drivers to obey the speed limit, pay attention, move over and slow down.

ODOT’s Matt Bruning is asking drivers to pay better attention when driving, especially in work zones, and to obey the state’s move over law.

2021 National Work Zone Awareness Week has officially started! We will be sharing the importance of paying attention and driving safely through work zones all this week! #NWZAW #MoveOverMonday pic.twitter.com/X8TtcYYp6X