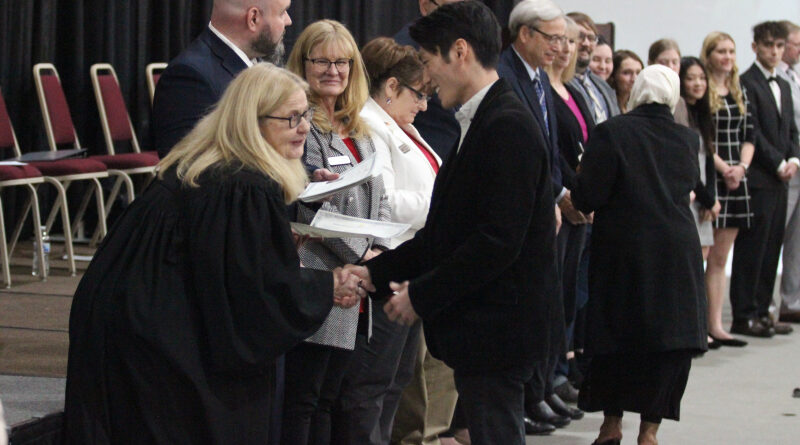 Dozens of people from several different countries took the Oath of Citizenship and became new American citizens during a Naturalization Ceremony at the University of Findlay.

A total of 60 people became brand new American citizens during the ceremony at the Koehler Center on Wednesday.

Anne Traver, a senior at Findlay High School, spoke about the benefits of citizenship.

“My fellow Americans, congratulations on becoming a part of a country filled with freedom, democracy and endless opportunity. As a child of America you are guaranteed these ideals in everyday life.”

Jenna Hartman, a senior at Cory-Rawson High School, came to the United States from China when she was only 1-year-old.

She spoke about the rights of citizenship and the responsibility of voting.

“As a United States citizen you now have an equal say as everyone else on how our government should be run, who should be in office, you’re entitled to any opinion and can vote to ensure that your voice is heard.”