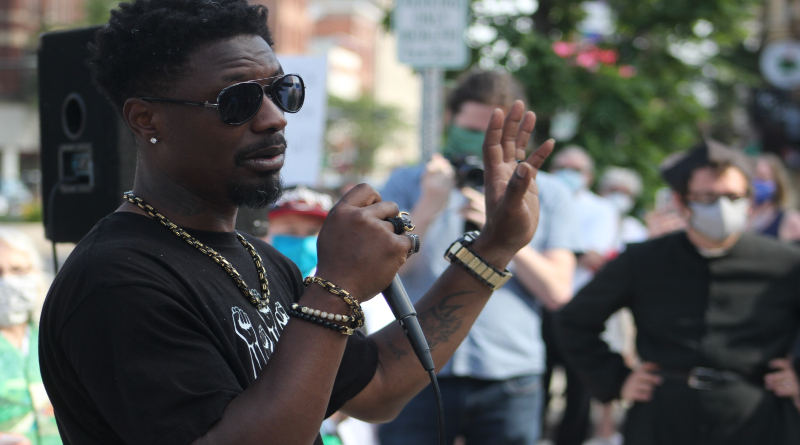 The recently formed group Stand Up, Stay Up rallied against racism and injustice in downtown Findlay on Wednesday.

Trent Williams, one of the founders of the group, implored people to get educated before showing up to rallies and protests.

“You have to research what you’re fighting for,” Williams told the group outside the Hancock County Courthouse.

“Go to the Black Heritage Library, if you’re going to be a part of this movement it’s mandatory that you know what you’re fighting for.”

The Black Heritage Library and Multicultural Center, at 817 Harmon Street in Findlay, was founded by Nina Parker who was in attendance at the rally.

Williams says the group is called Stand Up, Stay Up because people need to come together and “stay up” and make sure this movement doesn’t die out like others before.

The event also included some words from Mayor Christina Muryn and prayers from local faith leaders.

STAND UP, STAY UP - Trent Williams talks about a new group that’s been created to battle racism and injustice during a rally in downtown Findlay. pic.twitter.com/lHJkfaCWFt