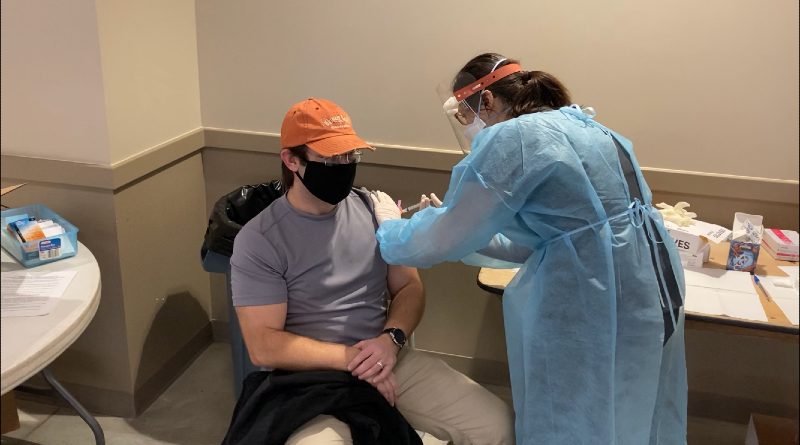 Governor Mike DeWine on Monday announced the next phases of the state’s COVID-19 vaccination distribution process.

DeWine said that Phase 1-C and Phase 2 will both begin on Thursday.

Phase 1-C will include pregnant women, those with type-1 diabetes, law enforcement and corrections officers, child care service employees and funeral service employees, among others at greatest risk of contracting the virus.

DeWine also announced that Ohioans 60-to-64 years old will kick off what he called Phase 2 of the state’s vaccine roll-out.

The news comes as vaccine shipments — including those of the newly-approved Johnson and Johnson vaccine — are expected to increase, in the coming weeks.

Ohio’s COVID-19 vaccination dashboard shows that nearly 1.7 million Ohioans have received at least one dose of the vaccine so far, which is about 14.5 percent of the state’s population.

The dashboard shows that around 10,500 Hancock County residents have received at least one dose of the vaccine, which is nearly 14 percent of the population.

NEW ➡ Today I’m announcing the priority groups we’ve identified to be part of Phase 1C of Ohio’s vaccination program. This includes certain professions and those with certain medical conditions not covered in previous phases. pic.twitter.com/CDQgkLNup5