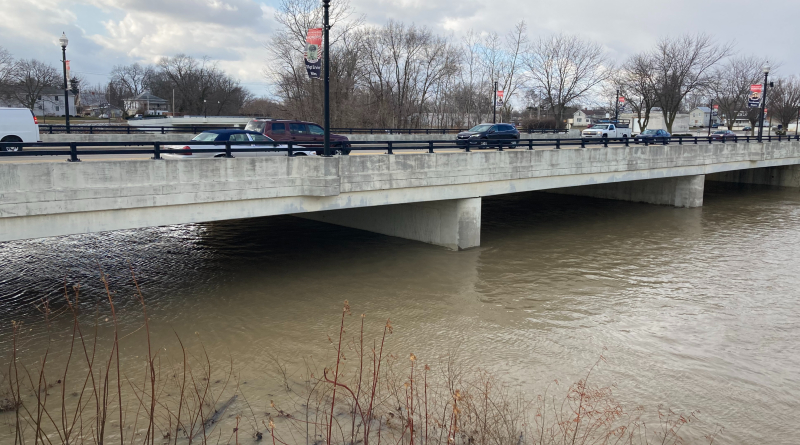 The adjusted flood stages of the Blanchard River went into effect on Monday.

In February, the National Weather Service announced that the flood stages of the Blanchard River in Findlay would be raised effective March 1st.

Sarah Jamison, Senior Hydrologist with the National Weather Service in Cleveland, says Findlay is making a lot of progress with flood mitigation but still has a ways to go.

Findlay’s flood mitigation efforts have included benching the river and removing flood-prone properties along it.

Another project that will help flood mitigation efforts is the Eagle Creek Floodwater Storage Basin project just south of Findlay.

Among the changes to the flood stages of the Blanchard River in Findlay:

Minor flood stage was raised from 11 feet to 12 feet.

Moderate flood stage was raised from 12 feet to 13.5 feet.

In the pic above, taken Monday afternoon, the river was at 8.2 feet according to the National Weather Service.