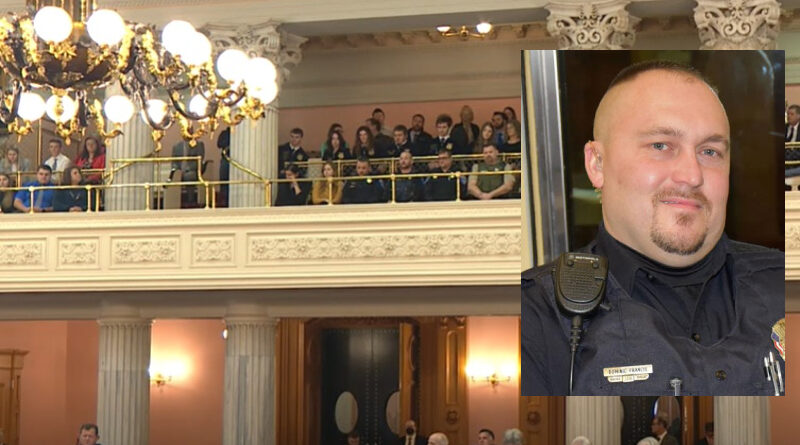 Fallen Bluffton Police Officer Dominic Francis was recognized on the floor of the Ohio House of Representatives on Wednesday.

State Rep. Jon Cross, of Kenton, spoke about Officer Francis, saying he served 19 years in law enforcement and is survived by his wife and children who were in attendance at the Ohio Statehouse.

Cross said Officer Francis was a dedicated public servant who was awarded Officer of the Year twice, the Chief’s Leadership Award and the Bluffton Police Department’s Life-Saving Award.

Cross says a bill to rename Interstate 75 between mile markers 139 and 143 the Officer Dominic Francis Memorial Highway has been added to omnibus House Bill 578.

“We do this because we are going to make Officer Francis a part of history by recognizing him here on the Ohio House floor today.”

Officer Francis was struck and killed on I-75 on March 31st as he was placing stop sticks on the highway to stop a car that was fleeing from police.

The three suspects who were arrested in connection with his death are scheduled to go on trial in 2023. 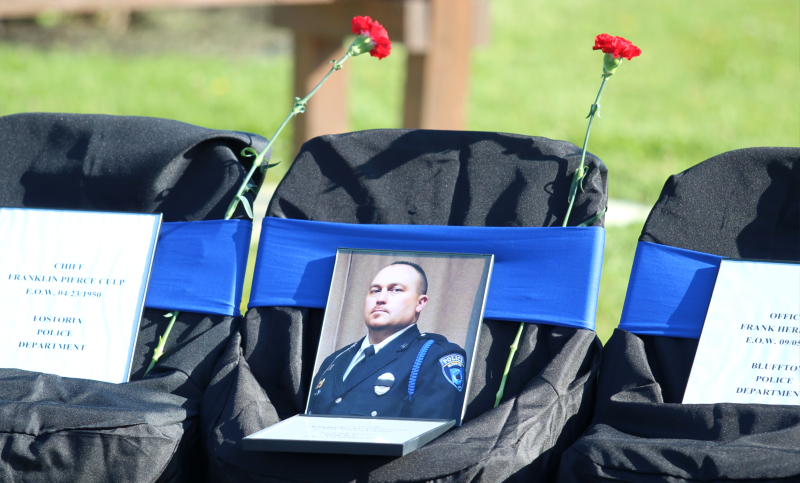