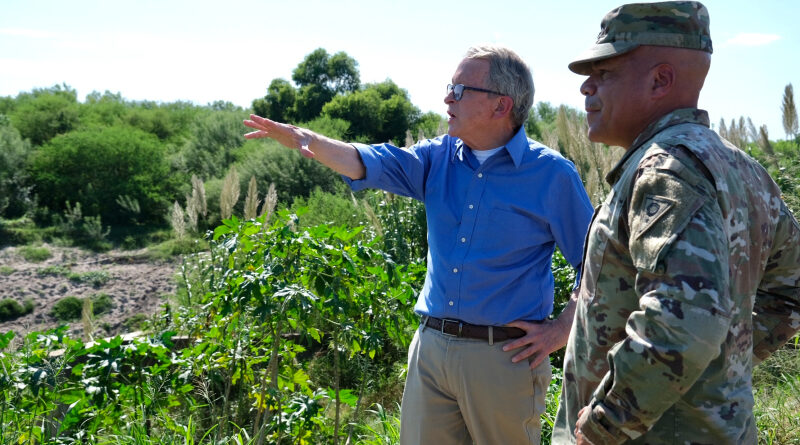 Ohio Governor Mike DeWine is visiting with Ohio National Guard members who have been assisting U.S. Customs and Border Protection along the southern border.

DeWine also met with officials from the Texas Department of Public Safety for a briefing on the issues of fentanyl trafficking and the humanitarian crisis at the border.

Governor DeWine is among those who are expressing concerns over a surge in people trying to cross into the United States illegally, bringing drug traffickers with them.

DeWine says around 80 percent of fentanyl overdoses in Ohio are caused by fentanyl that is coming from China to Mexico and then over the border into the U.S.

“We are committed to doing all we can to stop the flow of this deadly drug into our state,” the governor said.

(picture courtesy of the governor’s office)

Tomorrow, I’ll receive a briefing from the Texas Department of Public Safety on the humanitarian crisis at the border and the work to prevent fentanyl drug trafficking from Mexico to the United States. pic.twitter.com/ao3J4QPq8v