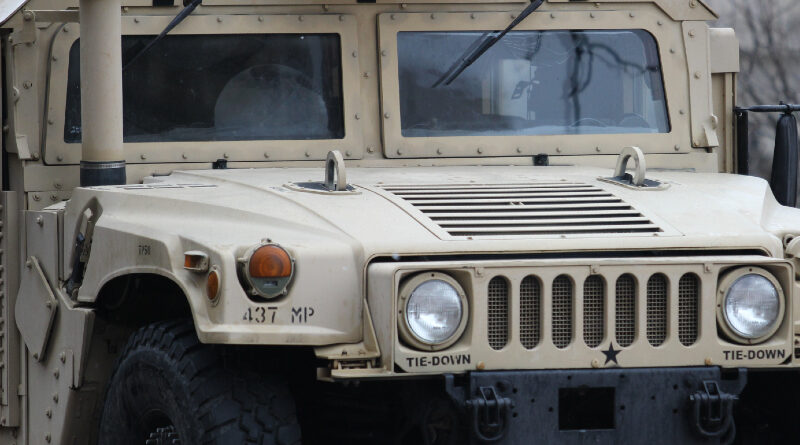 Ohio Governor Mike DeWine has announced that the Ohio Army National Guard will aid Ukraine by providing armored personnel carriers for use against continued Russian aggression.

Following a request from the Department of Defense (DOD), the Ohio Army National Guard will give an undisclosed number of M-113 Armored Personnel Carriers (APC) to Ukraine as part of a drawdown of DOD inventories to support the war-torn country.

M-113 APCs are used to move Soldiers and equipment across the battlefield while providing protection from small arms fire and the effects of artillery.

“As we continue to learn about Russian war crimes in Ukraine, those of us in Ohio stand ready to help the Ukrainian people in any way possible,” said Governor DeWine.

“Ohio has a strong Ukrainian community, and we stand behind them and their families overseas.”

The announcement is the latest effort in Ohio to help Ukraine combat the unprovoked attack by Russia.

Earlier this month, Governor DeWine announced that the Ohio Department of Public Safety had begun collecting hundreds of pieces of surplus or expired personal protective gear for donation to members of the Ukraine civilian territorial defense.

More than two dozen law enforcement agencies in Ohio agreed to donate unneeded equipment, including approximately 75 ballistic and riot helmets and 840 pieces of body armor, including vests and plates.

Local law enforcement agencies that have not yet donated but would like to offer unneeded personal protective gear to Ukraine, should contact their nearest Ohio State Highway Patrol post to arrange for the transfer of the equipment.

Delivery of the personal protective gear donations to Ukraine is being coordinated by the Fund to Aid Ukraine, a non-profit organization based in Parma that is affiliated with the United Ukrainian Organizations of Ohio, a member of the Ukrainian Congress Committee of America.