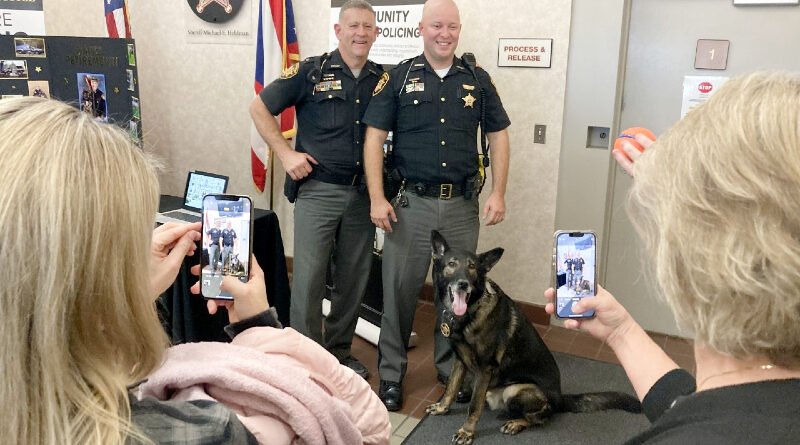 A lot of people attended an open house at the Hancock County Sheriff’s Office to thank retiring K9 officer Charlie for his service.

Charlie has served the sheriff’s office and the people of Hancock County and surrounding communities loyally for the past nearly eight years.

One of the first people at the open house was a mom whose lost son was found in a cornfield by Charlie in 2020. Read more about that story here.

You can see video of that and our interview with Deputy Matt Brunswick below.

He says Charlie’s next chapter will be being a home dog, and that he has three kids at home that will play with Charlie and keep him busy.

The sheriff’s office will be getting another K9 to replace Charlie in 2023.

Deputy Brunswick will not be the new K9s handler, as he is moving to another position within the sheriff’s office.

The other sheriff’s office K9 is Sonny, who is handled by Sgt. Tom Miller.

The Findlay Police Department has two K9s, Deke and Shadow.