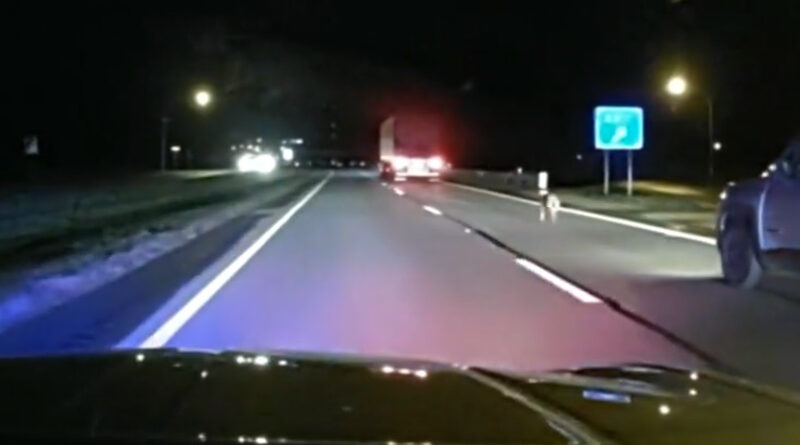 Ohio State Highway Patrol troopers are going viral for rescuing a dog that was wandering through heavy traffic on U.S. Route 35 in southern Ohio.

Dash camera video released by the Highway Patrol’s Jackson Post shows troopers working to slow traffic so they can safely corral the animal as it runs down the highway.

In the video, a stopped semi-truck driver can be heard commenting that they have never seen anything like it before in 23 years of driving.

The video ends will troopers reuniting the dog with its owner, who says they have been chasing the pooch for more than an hour.

The Highway Patrol said teamwork between troopers and motorists helped save a lost dog, and they thank everyone who helped.

Check out this video from our Jackson Post, where teamwork between troopers and motorists on US-35 helped save a lost dog. Thanks to the help of multiple individuals, the dog was able to be secured and safely put in their owners' car. Troopers extend a big thanks to all involved! pic.twitter.com/GMMiqAUCNE