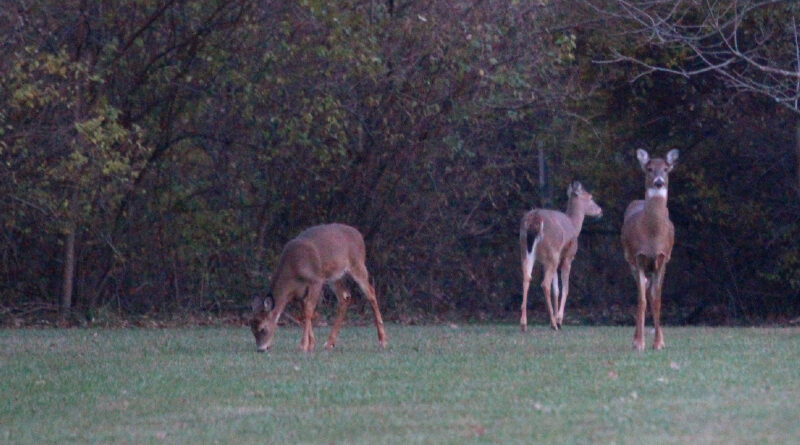 Drivers are being reminded that nearly half of all deer-related traffic crashes in Ohio happen this time of year.

The Ohio Department of Natural Resources says deer become very active from late October through November due in large part to the fall breeding season.

The Ohio State Highway Patrol says, over the past five years, there have been more than 100,000 deer-related crashes on Ohio roadways, and 31 people have died in those crashes.

Nearly half of the crashes occurred in October, November, and December.

Drivers are encouraged to use extra caution and slow down, especially at dawn or dusk when deer are more active.

If a collision with a deer is unavoidable, drivers should brake firmly and avoid swerving, because that could cause an even worse crash.

If you see a deer crossing the road, know that there are likely to be other deer in the area as well.

Over the next couple months, drivers are being urged to stay vigilant out on the roadways as it is fall deer breeding season. https://t.co/gYd3kQRZyl