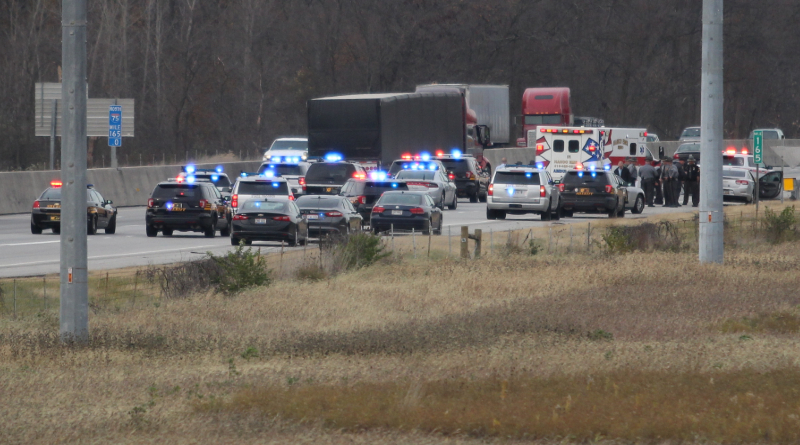 A person was taken to Blanchard Valley Hospital after suffering a self-inflicted gunshot wound on the side of Interstate 75 north of Findlay.

The Hancock County Sheriff’s Office says it was contacted by Wyandot County at around 2:45 Thursday afternoon about a suicidal person driving on State Route 15 and heading into Hancock County.

Hancock County deputies located the vehicle around Lima Avenue and attempted to pull it over, but the driver refused and led deputies and troopers on a pursuit northbound on I-75.

The driver eventually pulled to the side of the interstate a little north of State Route 613 and that’s where they suffered a self-inflicted gunshot wound.

After firing the shot, the individual surrendered without further incident and was taken to Blanchard Valley Hospital.

The sheriff’s office describes the person’s injuries as not life-threatening.