Flag City Honor Flight will be taking 83 area Veterans and their guardians to Washington, D.C. on Tuesday, September 13th to visit the war memorials built in their honor.

This will be the second of three flights the organization has scheduled for this year.

The Veterans making the trip served the country across several eras.

Following breakfast at the Grand Aire hangar, the group departs via charter jet at 8 a.m., arriving at 9:30 a.m.

Upon arrival in Washington, D.C., the Veterans and Guardians travel by bus to the World War II, Korean War, Vietnam War and Air Force Memorials and observe the Changing of the Guard at the Tomb of the Unknown Soldier at Arlington National Cemetery.

The flight returns to Toledo at the Grand Aire hangar at approximately 9:30 p.m., where there will be a welcome home ceremony with family members and friends, followed by “Mail Call.”

The public is welcome and encouraged to attend the homecoming celebration.

Flag City Honor Flight hopes to have hundreds of people cheer them on as they return from their journey.

For many of the Veterans it will be the first time they’ve received such a homecoming since their service.

Flag City Honor Flight’s third and final flight of the year is scheduled for November 1.

The June and September trips are made possible by the generous donations of individuals, organizations, local businesses, and corporations.

The November flight has been designated an all-Vietnam-era flight and is being sponsored by Findlay-based Ohio Logistics.

Veterans pay absolutely nothing for the trip and are accompanied by guardians who are asked to make a tax-deductible donation to help with expenses. 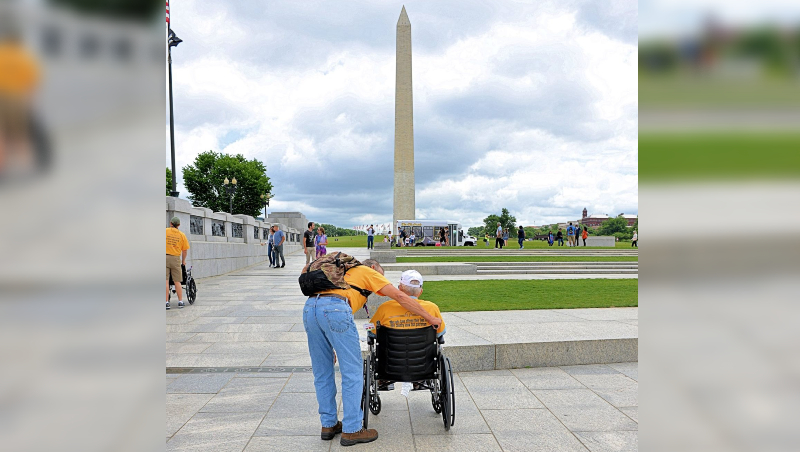