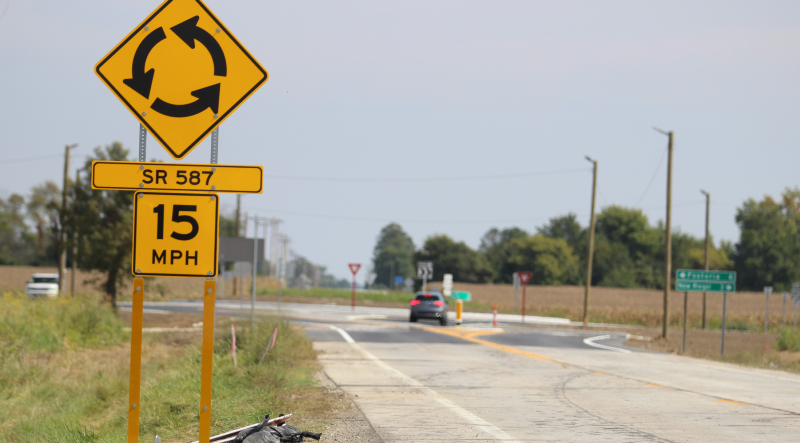 The new roundabout is at the intersection of US 224 and State Route 587 in western Seneca County.

The Ohio Department of Transportation’s Kelsie Hoagland says the new roundabout will improve safety at the intersection.

She said the US 224 and State Route 587 intersection saw 13 crashes from 2014 to 2018, earning it a spot on the state’s list of most dangerous intersections.

Kelsie explains how to drive through a roundabout in the audio below.

Kelsie reminds people that, while you may have driven through roundabouts plenty of times, it might be somebody else’s first time, so be patient.

Get more from Kelsie in the video below.