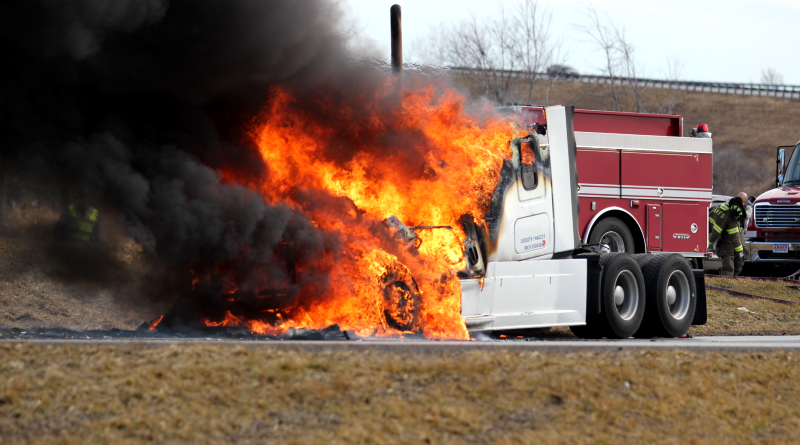 A semi tractor caught on fire on the side of State Route 15 just south of Findlay on Sunday afternoon.

The driver of the Queen Transportation semi pulled over on westbound State Route 15 a little before U.S. 68 at around 12:15 p.m. Sunday after the truck suffered a mechanical issue.

The cab caught on fire and was destroyed but the driver was able to disconnect the trailer and it was not damaged.

The driver was not injured.

The Arlington Volunteer Fire Department responded to put the fire out.

The Ohio State Highway Patrol and Hanco EMS also responded to the scene.