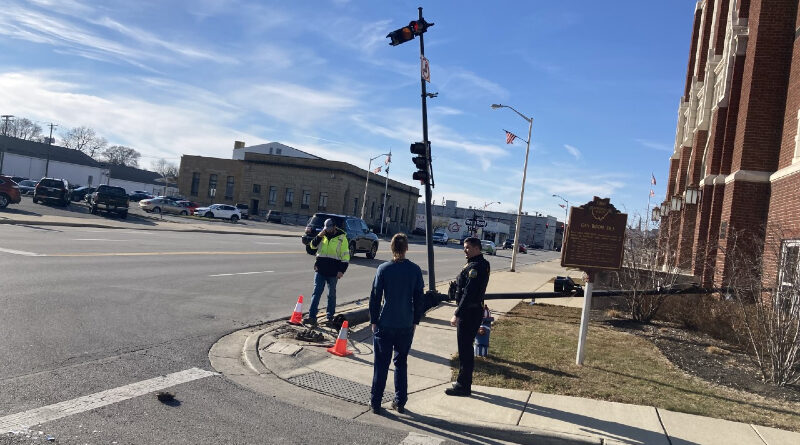 A semi struck and took down and traffic light in downtown Findlay on Thursday.

It happened at the intersection of South Cory and West Main Cross at around 1:40 in the afternoon.

Witnesses said the semi was southbound on South Cory and turned west onto West Main Cross when it hit the traffic light.

The falling traffic light slightly came into contact with the side of the Marathon Center for the Performing Arts.

Police had the semi pulled over down the street, near the intersection of West Main Cross and Western Avenue.