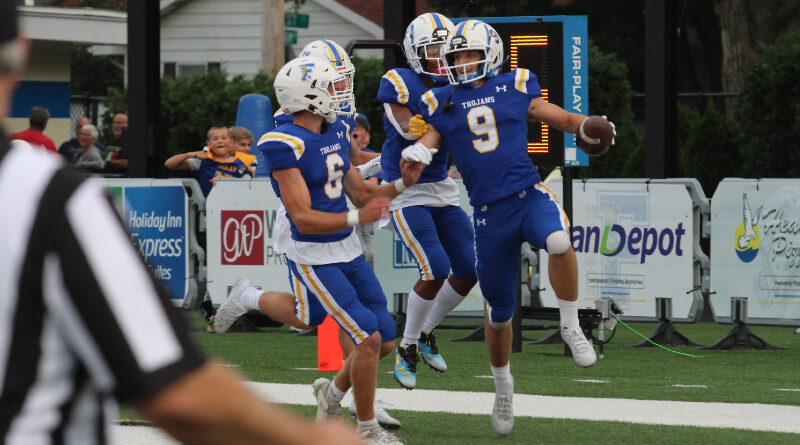 The location for the next Findlay Trojans football playoff game has been changed.

The OHSAA announced on Monday that the game between Findlay and Springfield will now be played in Bellefontaine at AccuSport Stadium instead of in Lima.

The Marysville-Whitmer game that was originally set for Bellefontaine will now be played in Lima.

The OHSAA flipped the sites for the Marysville-Whitmer game and Findlay-Springfield game saying they had the games at the wrong sites when the regional semifinals pairings came out on Sunday.

The game will still be played at 7 p.m. on Friday. You can hear the game on WFIN.

In other playoff action, the Ottawa-Glandorf Titans will play Tontogany Otsego at Napoleon Buckenmeyer Stadium on Saturday at 7.

McComb will play Bascom Hopewell-Loudon at Bowling Green High School on Saturday at 7.

Check out all the matchups in the next round by clicking here.

Friday's Varsity Football contest against Springfield has been CHANGED to AccuSport Stadium in Bellefontaine. Tickets will go on sale for the contest TOMORROW at 9 am. You can purchase them on the Hometown Fan App or at https://t.co/rcRqE3Tu48.