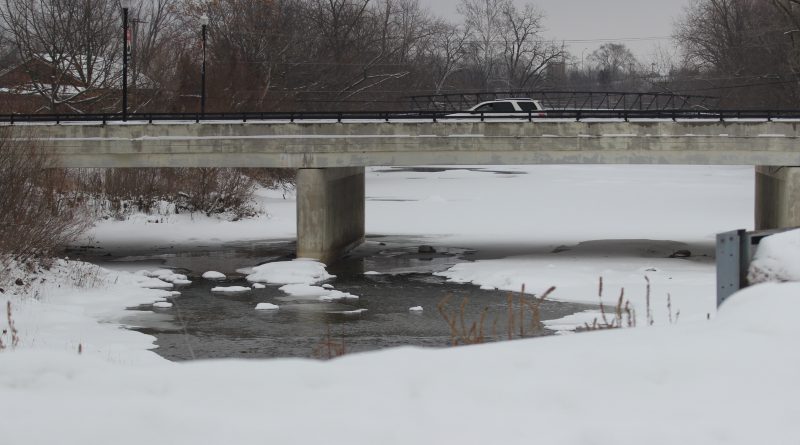 Findlay’s keeping an eye on a snowpack that keeps growing.

Sarah Jamison, Senior Service Hydrologist with the National Weather Service in Cleveland, says a melting snowpack and river ice contributed to some of Findlay’s worst floods.

She says we have some things in our favor. Next week we’ll get above freezing, leading to a gradual melting of the snowpack, and there are also no big rain events on the horizon that could cause serious flooding concerns.

Sarah says the best case scenario for Findlay’s large snowpack to go away is from what’s called a thermal melt, a gradual melting of the snowpack in undramatic fashion.

The worst case scenario would be for a notable thaw of the snowpack combining with river ice and a serious rain event, which could result in something like the 1959 floods which were exacerbated by a large snowpack and river ice.

The National Weather Service released its Winter/Spring Flood Outlook on Thursday, which is calling for a near-normal to slightly above normal flood risk for the next two weeks and through the spring.

Sarah says Findlay is making a lot of progress in that area.

Sarah says, while we’ll have to keep an eye on the growing snowpack in Findlay, the good news is, we don’t have any dramatic snowmelt or rain events on the horizon that could lead to serious flooding.

The National Weather Service recently modified the flood stages on the Blanchard River to reflect the flood mitigation efforts the city has undertaken such as benching of the river and removing flood-prone properties.

Effective March 1st, Minor flood stage will be raised from 11 feet to 12 feet.

If more changes are made to reduce flood impacts in the region, then further reviews will be taken to adjust flood stages.

In December, a second installment of funding was approved for construction of the Eagle Creek Floodwater Storage Basin project just south of Findlay, which will further mitigate flooding in the area. Read about that by clicking here.