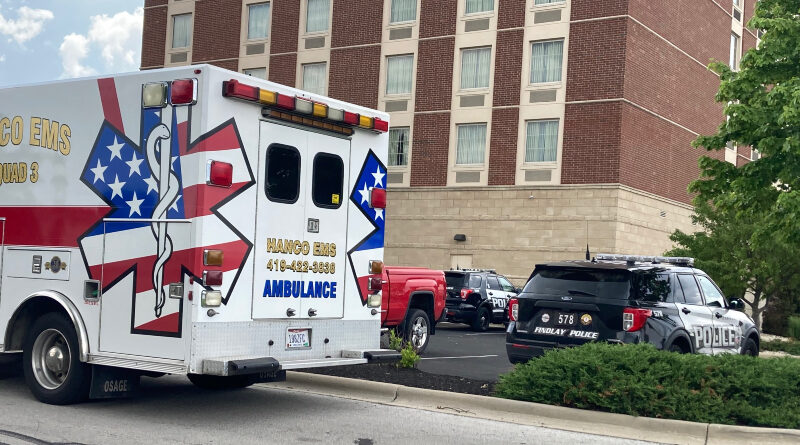 UPDATE 10:30 p.m. – The standoff at a Findlay hotel came to a peaceful conclusion on Wednesday night. Click here for the details.

UPDATE 10 p.m. – The Findlay Police Department says the woman involved in the standoff exited the room at 9:03 p.m., and the man remained barricaded inside. The woman is being interviewed by authorities from the sheriff’s office in St. Clair County, Michigan.

6:15 p.m. – The Findlay Police Department provided an update on the standoff at the Drury Inn & Suites on Trenton Avenue by Interstate 75.

At about 6:15 p.m. Wednesday, the police department said the situation was continuing and people are asked to avoid the area.

Police responded to the hotel at around 9:30 Wednesday morning in reference to a domestic incident that began in St. Clair County, Michigan.

The St. Clair County Sheriff’s Office says the man is accused of kidnapping his estranged wife, and you can get more on that in the Facebook post below.

Negotiators from the police department have been in communication with both subjects and are still trying to resolve the situation.

A Hanco ambulance is staged outside the hotel in case it is needed.

The video below is from earlier in the day after WFIN arrived at the scene.