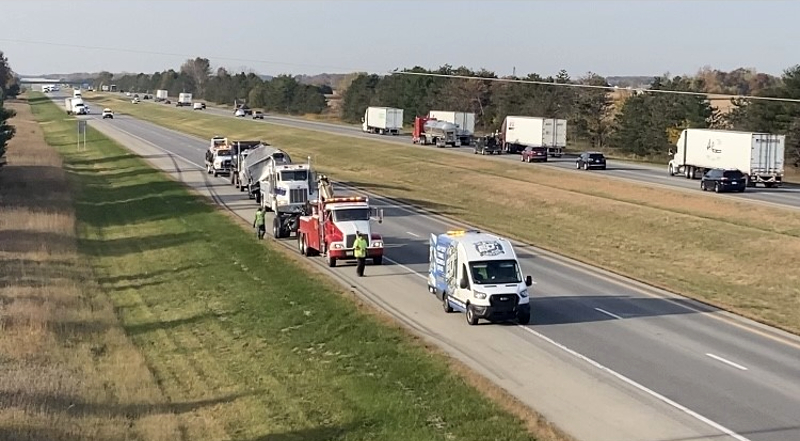 A fatal crash involving multiple semis and a car closed a stretch of Interstate 75 just south of Findlay on Friday morning.

The crash happened on northbound I-75 a little north of State Route 235 at approximately 2:44 a.m.

The Ohio State Highway Patrol says their preliminary investigation shows that traffic was backing up due to a vehicle fire ahead.

The Highway Patrol says traffic was backed up for about four miles when a semi being driven by Jagdeep Singh Chohan, 33, of Brampton, Ontario crashed into the back of a tanker truck being operated by Robert A. Borer Jr., 55, of Toledo, that was stopped due to the backed up traffic.

The impact forced the tanker truck forward into a semi and a car.

Chohan suffered minor injuries as did the driver of the car.

A short time later, another semi swerved to avoid the multiple vehicles in the roadway and struck a car on the median.

The highway reopened at around 9:45 a.m. as you can see in the video below.