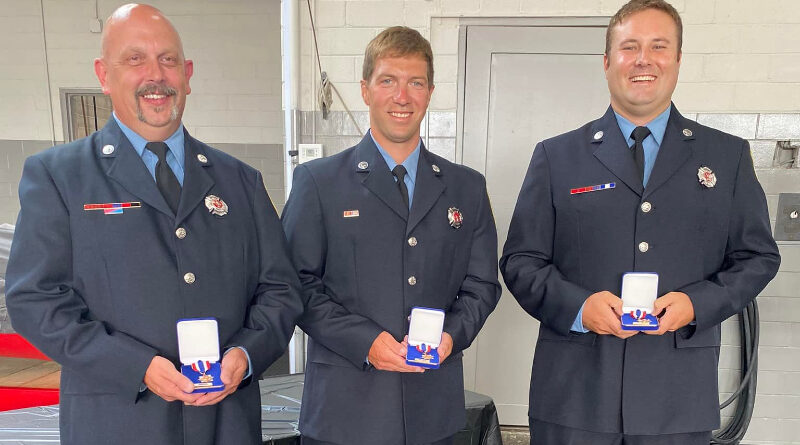 Three Tiffin firefighters were recognized for their heroic actions in saving people trapped in a burning building last year.

Something that Tiffin Fire and Rescue has never done in the department’s 130 year history – awarding three medals of honor for the work done by Matt Gebauer, Josh Majors and Brian Hunt.

The three were working that morning in April of last year when the call came in that the Burwell Building, just around the corner, was on fire.

It was known there could be up to 15 residents living in the building at that time.

Two of the residents were unable to get out on their own and the firefighters were able to locate them and bring them to safety.

“While they may say they were ‘just doing their job’, to those lives saved it is the truest act of heroism,” said Chief Rob Chappel.

“This truly is why we do the job we do and love it.”