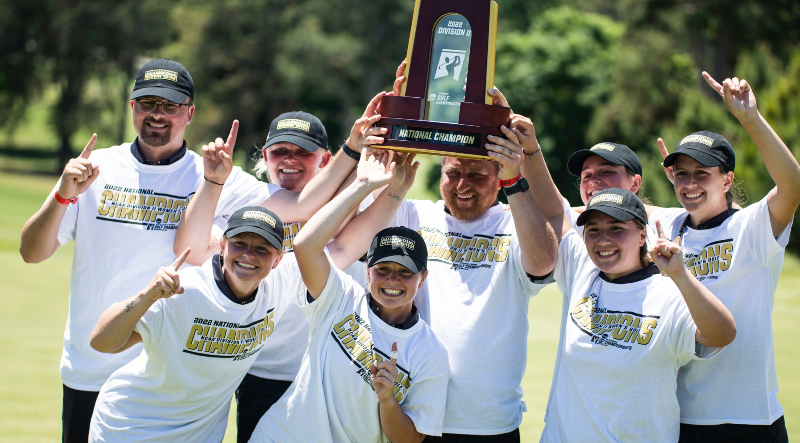 The University of Findlay Women’s Golf Team completed a perfect season on Saturday by winning the Division II National Championship.

Since January, the Oilers participated in eight tournaments, taking the title in every one and putting together arguably the best season in the history of Division II women’s golf.

The final tournament of the season was played on Saturday in Gainesville, Georgia and the Oilers claimed the NCAA Division II National Championship, the first in program history.

“To do what they did this spring, it’ll never happen again. Eight-for-eight. This is once in a lifetime.”

The University of Findlay says this is the first team national championship for UF since 2009 when the men’s basketball team went 36-0 and won the national title.

(the picture above is courtesy of the University of Findlay)