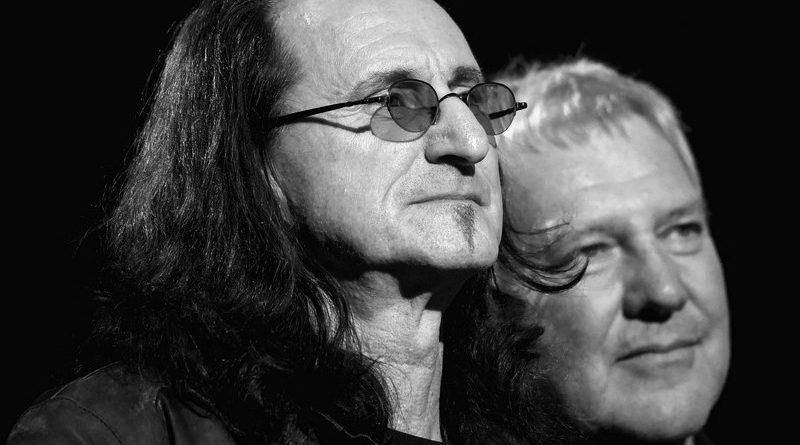 Rush guitarist Alex Lifeson revealed that he and bassist Geddy Lee remain open to making music together in the wake of drummer and lyricist Neal Peart‘s death last year. Peart, one of the most groundbreaking and beloved drummers in rock, died of brain cancer at the age of 67.

Ultimate Classic Rock transcribed portions of Lifeson’s new chat with Make Weird Music, where he spoke about starting to work on his own: “After we finished the last tour in 2015, I started just writing on my own and doing some stuff. Geddy was working on his book. We talked about getting together and doing some stuff together, but it got very, very busy for him, even after he finished writing the book — taking it on the road. So we never got a chance to sit down and start working or just having some fun together.”

He revealed that making music together is never far from the minds: “We still talk about it, and I’m sure we will (work together). Of course, now with the pandemic, it’s kind of wrecked things for a bit. But we’re both eager to get back together and kind of get back into that thing that we’ve done since we were 14-years-old that we love to do. And we work really, really well together. So we’ll see what happens with that.”

Lifeson spoke candidly about the loss of Neil Peart as a both a musical partner and an a brother-in-arms: “For me, that first year of grieving is the milestone, and once you get past that, I think you. . . I don’t know, it’s an anniversary that you process, and it becomes a little easier to handle.”

He went on to say, “With Neil, I’m always seeing pictures, and I’m always reminded of him, and all that stuff, and that was difficult, but now that it’s (been) a year, I find that I think of the good times that we had together more than the sadness. And we had so many great times — we laughed so much over all those years. Aside from the work that we did and being a partner to one of the greatest drummers in history, and bass players for that matter, I just remember the laughing and the smiles and all of that stuff. So it rounds out the picture and makes it a little easier to move forward.”

A while back Geddy Lee told us that he’s especially proud of the fact that unlike most rock fans who are always looking back on a band’s early work, Rush’s audience seemed to be equally interested in the band’s future: [“There’s something about what we do that inspires loyalty from our fans, and I appreciate that. I think there must be a tremendous curiosity among fans to see what we’re gonna be doing next. Y’know, I applaud the adventurous spirit of those fans that have hung in with us.”] SOUNDCUE (:14 OC: . . . in with us)