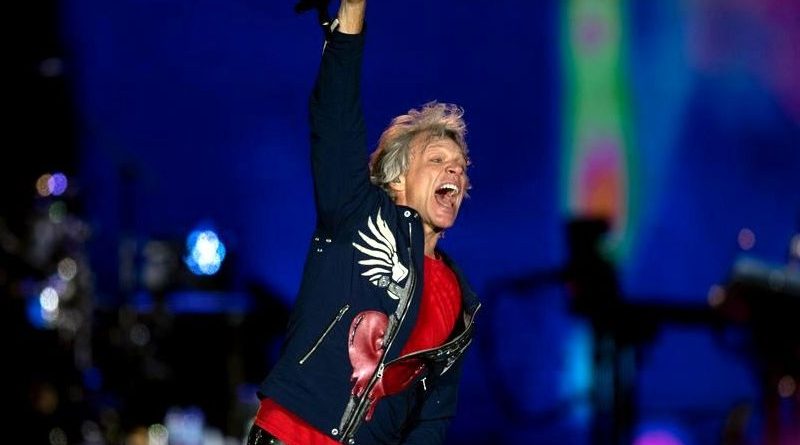 Jon Bon Jovi admits that how he gauges his success has changed drastically since his early-days topping the charts in the late-1980’s. While appearing on MSNBC’s Mavericks With Ari Melber, he was asked how he knows when he’s done good: [“After a while you don’t measure success in the terms that I once have measured them by — in album sales and Number One this’s and that’s. I think for me, preserving a legacy compounded by taking the time to enjoy the fruits of my labor; and I don’t mean the monetary fruits of my labor. I mean my kids, and my wife, and the connection to the people that we’ve connected with around the world for nearly 40 years. That’s the magic.”] SOUNDCUE (:28 OC: . . . that’s the magic)

He went on to recall an emotional moment when his music transcended charts and popularity: [“A nurse in a Covid situation talked to Kate Middleton, and said that all she told the nurse as her husband was dying in bed was, ‘Hold his hand, and just sing him a Bon Jovi song.’ And then Kate Middleton relayed that story to the press, and it got back to me. That is how you measure everything. That’s the measure of success. Having touched somebody that the wife says to a husband, ‘I can’t be there to hold his hand to sing him this song — you do it for me.’ I’m humbled. Beyond, beyond, beyond, beyond.”] SOUNDCUE (:32 OC: . . . beyond, beyond, beyond)