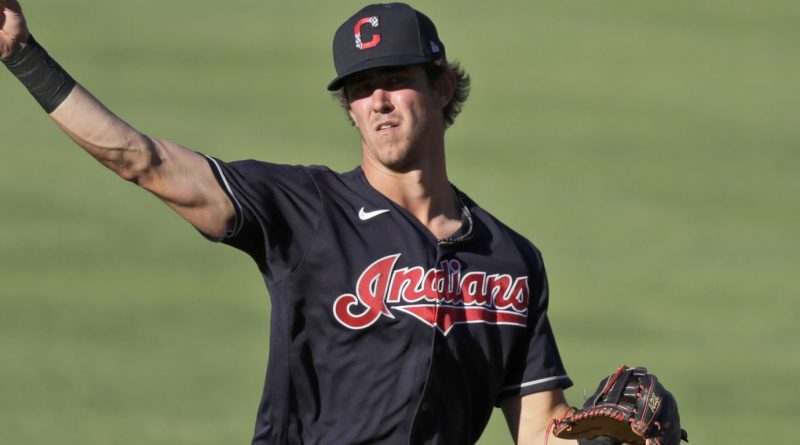 CLEVELAND — The Indians’ five open spots on their 40-man roster have now been filled. The Tribe had until 6 p.m. ET on Friday to set their roster for the offseason, thus protecting players from the Rule 5 Draft, which takes place Dec. 10. Before the deadline, the Indians added

CLEVELAND — The Indians’ five open spots on their 40-man roster have now been filled.

The Tribe had until 6 p.m. ET on Friday to set their roster for the offseason, thus protecting players from the Rule 5 Draft, which takes place Dec. 10. Before the deadline, the Indians added infielders Nolan Jones, Ernie Clement and Gabriel Arias, and right-handers Eli Morgan and Carlos Vargas to the 40-man roster.

Jones was a certainty to be added to the 40-man roster, as he’s the club’s No. 1 prospect per MLB Pipeline and the Indians didn’t want to risk losing him to the Rule 5 Draft. The 22-year-old third baseman was a second-round pick in the 2016 MLB Draft. He spent the ’20 season at the Tribe’s alternate training site and went to Goodyear, Ariz., at the end of the season to participate in the team’s fall league.

Jones is getting more repetitions in the outfield to give him more defensive versatility and potentially help him find a spot on the big league roster as soon as 2021. In ’19, he hit .272 with 22 doubles, 15 homers and 63 RBIs in 126 games between Class A Advanced Lynchburg and Double-A Akron.

Clement joined Jones at the alternate training site in Lake County this past year after spending most of the 2019 season with Akron, hitting .269 with 16 doubles, three triples, one homer and 28 RBIs in 101 games between Double-A and Triple-A Columbus. The 24-year-old could serve as a middle-infield option in ’21, should the Indians need more depth.

Arias was a new addition to the Tribe’s farm system this year. Cleveland’s No. 6 prospect was acquired in the trade at that sent Mike Clevinger to the Padres. The 20-year-old shortstop spent the 2020 season at the Padres’ and Indians’ alternate training sites and participated in the Tribe’s fall development camp in October. In ’19, Arias hit .302 with 21 doubles, four triples, 17 home runs and 75 RBIs in 120 games for Class A Advanced Lake Elsinore. MLB Pipeline’s Jim Callis recently noted that Arias has the best arm strength and fielding ability of any player in the Tribe’s farm system.

Callis also had praise for Morgan, ranking his changeup as the best in the Indians’ system. The right-hander spent the 2020 season at the alternate training site after posting a 3.39 ERA across three Minor League levels in ’19, with 146 strikeouts and 40 walks in 140 2/3 innings. He led the system in innings and ranked second in strikeouts. The 24-year-old could be an option for the Tribe in the near future.

Of the five players added to Cleveland’s 40-man roster on Friday, Vargas was the only one who did not spend 2020 at the alternate training site. The right-hander last pitched in ’19 for Class A Short-Season Mahoning Valley, going 6-4 with a 4.52 ERA and 71 strikeouts in 15 starts.