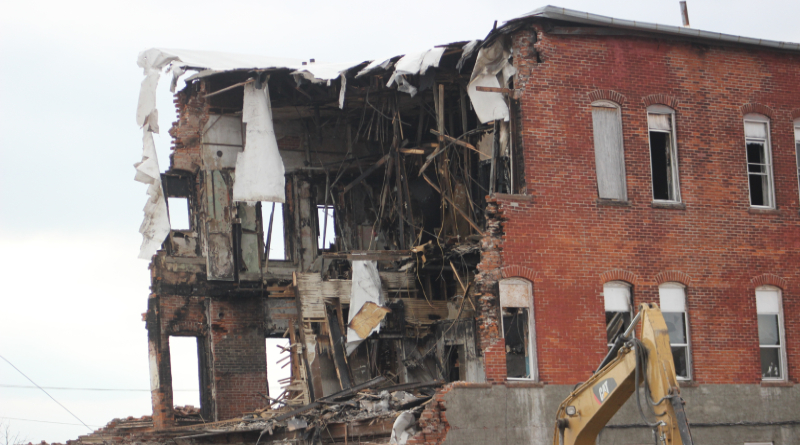 Some believed the building that came down on Findlay’s North Main Street close to the Blanchard River was part of Hancock County’s flood reduction measures, but that’s not the case.

Project Manager Steve Wilson explained the building wasn’t part of any plans and wasn’t owned by the county.

He did add that they have demolished all of the buildings the city and county purchased, which is no small feat.

Both Findlay and Hancock County started buying properties along the flood plain after the 2007 flood and finished demolition of the over 160 buildings a few months ago.

Wilson said all that’s left is to decide what to do with those areas.

The options are limited because they cannot build any permanent structures in those spots.

Wilson said the areas could be used for green spaces and bike lanes though.

Below is a video from a county-owned building demolition project in the same area in July.