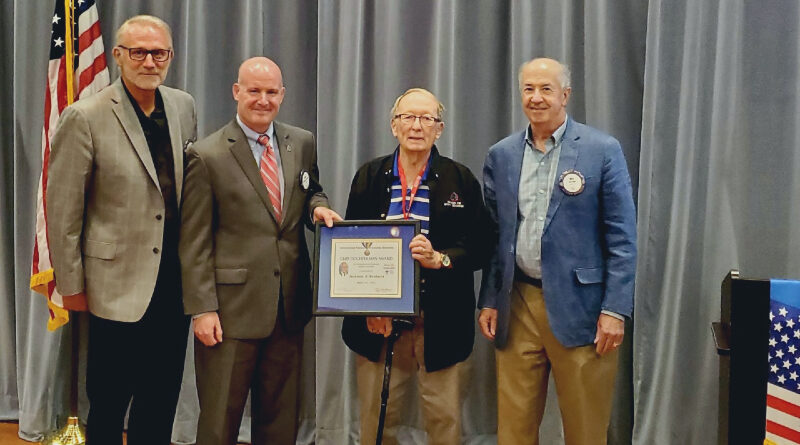 The Cliff Dochterman Award recognizes a Rotarian who acts as a role model and renders distinguished and dedicated service to the Boy Scouts of America through active service, leadership or other exemplary contributions.

Dr. Winters has been active in scouting since his youth, attending the Boy Scout Jamboree in 1953.

Following his graduation from Ohio Wesleyan University, he received his D.D.S. degree from The Ohio State University.

Dr. Winters was a Captain and Dental Officer at Plattsburgh Air Force Base in Plattsburgh, NY. He was also captain of the 1967 Eighth Air Force Golf Team.

Dr. Winters is a member of the American Dental Association, the Ohio Dental Association and a Fellow and past president of the Academy for Sports Dentistry, of which he was the Most Distinguished member in 2006.

Dr. Winters embodies every day, the values of both Rotary’s 4-way test and the Scout Law. These ingrained ideals guide him as a dentist, businessman, official and promoter of both Rotary and Scouting.

He and his wife Nancy live in Findlay.

Cliff Dochterman earned the Eagle Scout award in l939 in the Central Ohio Council just before his 14th birthday.

He served as the President of Rotary International from 1992-93.

He has been awarded three of the highest honors of the Boy Scouts of America, the Silver Beaver, Silver Antelope and Distinguished Eagle awards.

Dochterman was presented the Silver Wheel award of the International Fellowship of Scouting Rotarians in 2003.