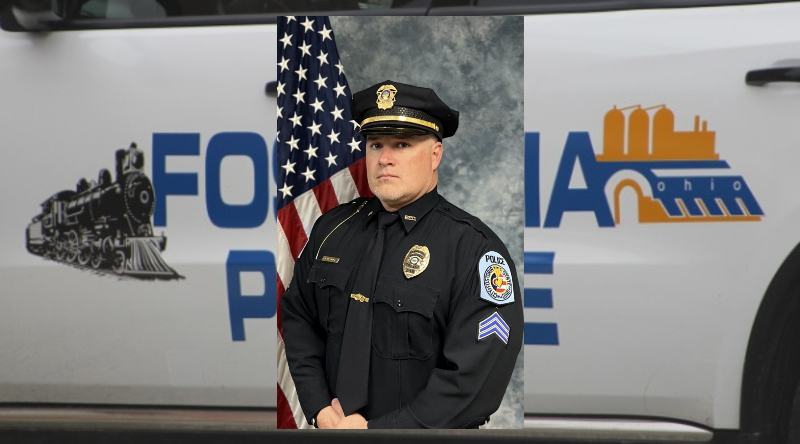 The Fostoria Police Division has a new police chief.

Gabe Wedge (pictured above) was sworn in on Tuesday, which was the last day on the job for retiring Police Chief Keith Loreno.

Chief Wedge says Chief Loreno implemented a lot of good things in his time as chief and that he has no big changes planned.

The 45-year-old Wedge was born and raised in Fostoria and has been a police officer for 20 years, the last 17 in Fostoria.

As he mentioned in the audio above, the Fostoria Police Division has a lot of great officers, however, they are dealing with manpower issues like most other departments.

The Fostoria Police Division took to its Facebook page to thank Chief Loreno for his many years of service to Ohio.

“You will be greatly missed! Enjoy every bit of your retirement! It’s your time to relax & take it all in.”

Loreno previously was assistant chief with the State Fire Marshals Office and was also the Fostoria fire chief.

He was presented an award for his 39 1/2 years of service to the citizens of Ohio. 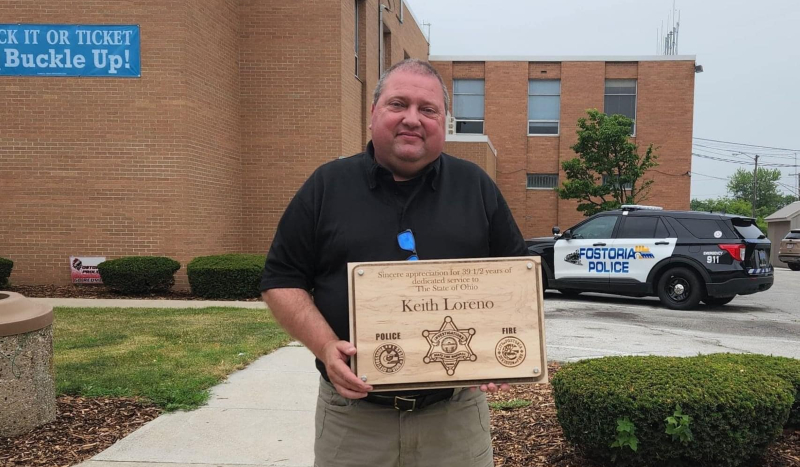