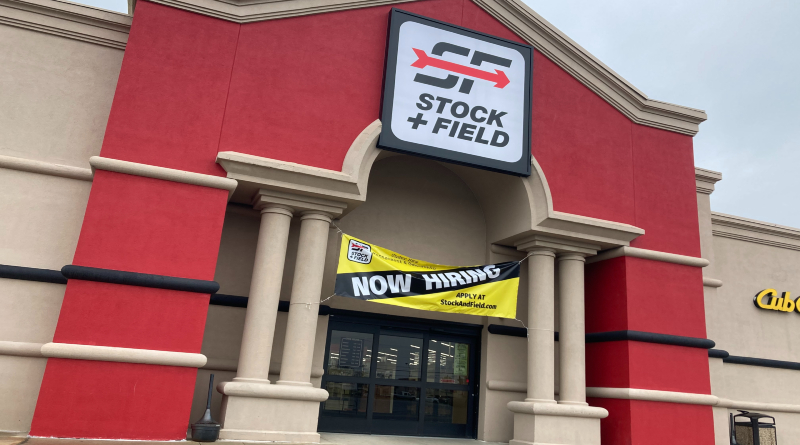 The Stock+Field location in Findlay that recently closed will be among stores that the company will be reopening soon.

Stock+Field (formerly Big R) says they are under new management and ownership and are busy readying stores with the products, prices and experience customers will appreciate.

The Findlay location at the mall has a big banner at the entrance that says “now hiring”.

The Stock+Field website lists 22 locations, including Findlay and Lima, that will be reopening soon.

In January, Stock+Field announced it was closing its 25 locations, including the one in Findlay at the mall.

When the company announced the closures in January, they did say they hoped to reopen stores at some point in the future.

In other mall news, a few weeks ago the Hancock County Board of Commissioners announced that the county plans to purchase a big chunk of the Findlay Mall property.

Not included in the purchase would be the Stock+Field building which is a separate lot now and the Dunhams and Best Buy area or the Five Guys restaurant.

The county has plans to move the Hancock County Probate/Juvenile Court there.

Other square footage would be used for county office space and some would remain as leased space for retailers.