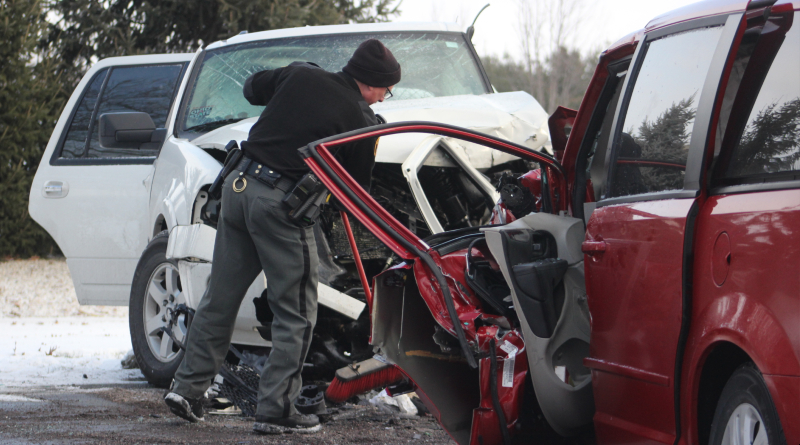 Three people were injured in a head-on collision on West Main Cross Street in Liberty Township this morning.

The Hancock County Sheriff’s Office reports that 78-year-old Betty Burkholder was heading east on West Main Cross just after 9 am when she lost control.

Law enforcement on the scene said that both drivers were trapped in the wreckage and responding firefighters had to cut them out of their vehicles.

A sheriff’s deputy said their injuries did not appear to be life-threatening.