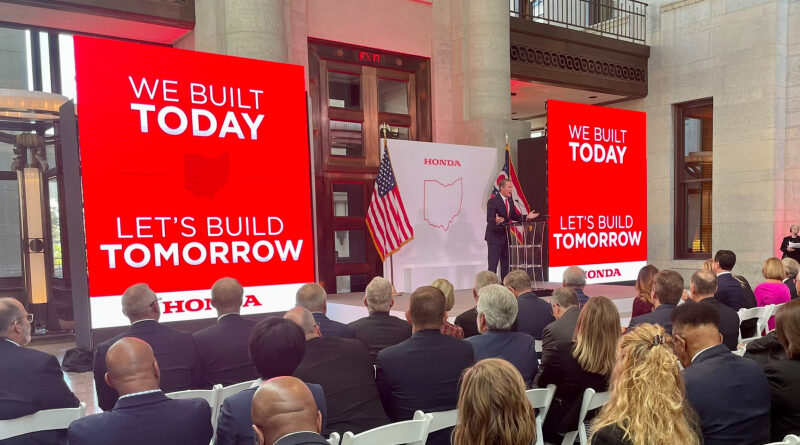 Honda says it plans to build a $3.5 billion joint-venture battery factory in rural southern Ohio and hire 2,200 people to staff it as it starts to turn the state into its North American electric vehicle hub.

The plant will be built 40 miles southwest of Columbus, along Interstate 71, just southwest of Jeffersonville in Fayette County.

The company also plans to invest $700 million and add 300 jobs at three of its own Ohio factories to prepare them to start making EVs and components.

The battery plant, to be built jointly with LG Energy Solution of South Korea, could see a total investment of $4.4 billion.

Groundbreaking is expected next year with production beginning in 2025.