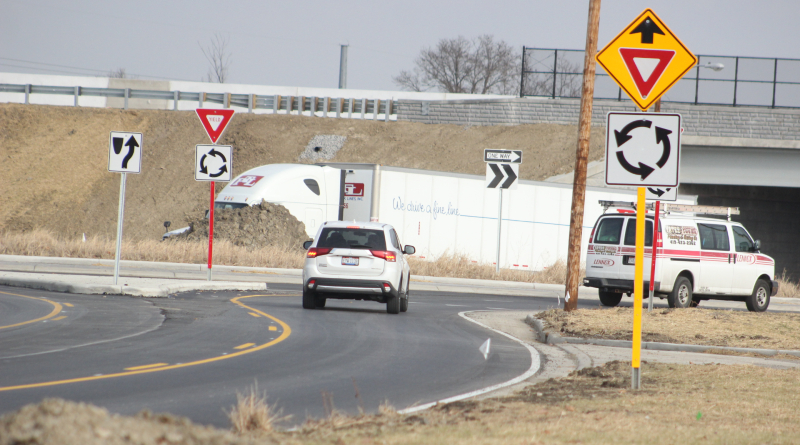 A big piece of the Interstate 75 reconstruction and widening project through Findlay has been completed.

The new Lima Avenue Interchange at U.S. 68/State Route 15, which includes double roundabouts, opened to traffic for the first time on Tuesday morning.

ODOT District 1 director Chris Hughes said they’re excited to open it back up to the public.

This phase of the project was slated to be finished in December but Hughes said they managed to get ahead of schedule.

According to Hughes, the roundabouts will help the flow of traffic and increase safety.

He explained how people should maneuver the roundabouts.

He added that you can find more helpful information on roundabouts on their website or by finding tutorials on YouTube.

Although the new interchange is open, there are still a few restrictions in place and drivers won’t have full access to I-75 as construction continues.

Hughes said the entire project is expected to be finished by late next summer.

The projected was originally slated to be finished by the end of next year.

Below is a video of the roundabouts.