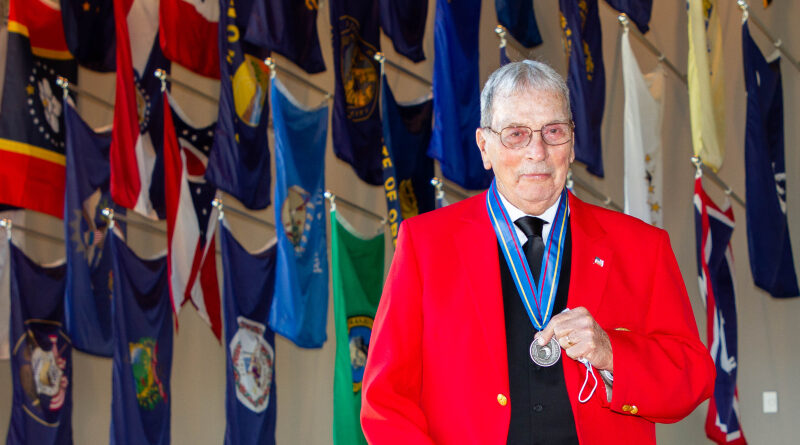 A Hancock County Veteran was bestowed a big honor.

Roger Neff was recently inducted into the Ohio Veterans Hall of Fame.

Coleman tells WFIN that Roger’s infectious patriotism and positive attitude creates an atmosphere that brings people together for the common good.

As Coleman mentioned in the audio above, Roger makes meaningful connections everywhere he goes and has started and worked with a lot of local organizations over the years, including Toys for Tots.

Roger, who served in the Marine Corps, was inducted into the Ohio Veterans Hall of Fame during a ceremony at the National Veterans Memorial and Museum.

The 20 inductees will be honored for their accomplishments and achievements at the 30th annual Induction Ceremony in November for their post-military service.

( above pic courtesy of the Hancock County Veterans Service Office )