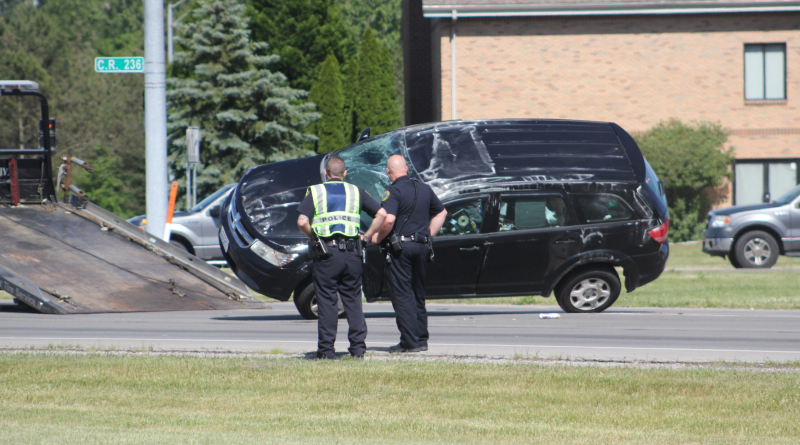 The Findlay Police Department says a man was injured when he ran a red light and caused a crash.

The crash happened at around 4:30 Sunday afternoon at State Route 12 and County Road 236.

The impact caused Ramey’s vehicle to roll onto its roof and slide westbound.

Ramey was transported to Blanchard Valley Hospital by Hanco EMS with minor injuries.

He was cited for running the red light and driving under suspension.

The driver of the other vehicle was treated on the scene.