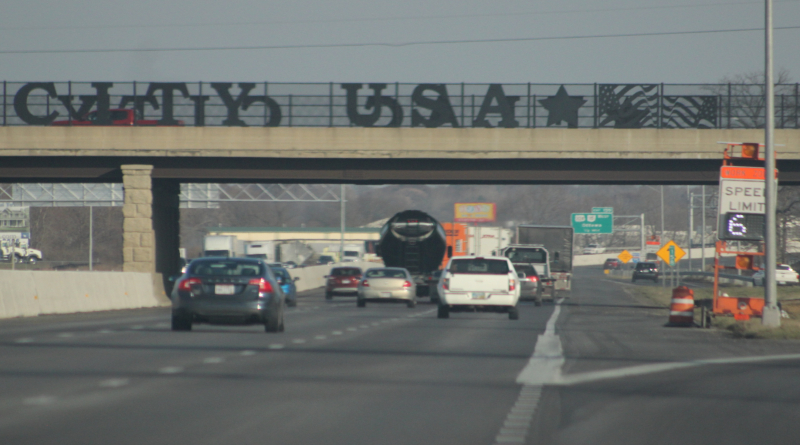 The Ohio Department of Transportation says a near-record number of expected travelers for Thanksgiving means the roads will be packed.

ODOT is asking drivers to be patient as they head to their Thanksgiving destination.

Details are in the following media release.

Nearly 2.3 million Ohioans plan to travel more than 50 miles from home for the Thanksgiving holiday, according to AAA. This is the highest number since 2005.

AAA predicts 89 percent of Ohio travelers will drive to their destinations, which means you can expect crowded roadways. According to Ohio Department of Transportation traffic count data, the peak travel time last Thanksgiving was between 3-4 p.m. on Wednesday. Overall, ODOT expects a 63 percent increase in traffic during the Thanksgiving holiday weekend, making it the busiest holiday travel period of the year on Ohios roads.

This holiday, we want to see all Ohioans safely get to their destinations, and enjoy time with friends and family, said Governor Mike DeWine. Id like to encourage drivers to exercise caution when driving through congested areas, and any inclement weather.

With the extra traffic, ODOT will suspend roadwork and open as many lanes as possible. However, it’s not possible to remove all orange barrels. Drivers should pay extra attention while driving through work zones and allow additional time to reach your destination. Check OHGO.com for information about work zones. You can also find travel alerts and access more than 700 live traffic cameras.

“Thanksgiving should be a time of gathering with family and friends. We’ll do all we can to make sure everyone arrives safely,” said ODOT Director Jack Marchbanks. “That’s why we want to see everyone obeying the speed limit, buckling up, and paying attention on the road. If you plan to drink, please let someone else do the driving.”

To promote safe driving habits, ODOT is running several safety messages on more than 130 digital signs across the state. These messages include some submitted by the public.
“These lighthearted messages carry a very real and serious purpose,” said Director Marchbanks. “Our hope is that they will spark a conversation about safe driving and encourage travelers to make good choices on the road.”

According to the Ohio State Highway Patrol, seven people were killed in seven deadly crashes during the Thanksgiving holiday weekend last year. Two of those fatalities were the result of an impaired driver and three were unbuckled. Troopers will have an increased presence on Ohios roadways to promote a safe Thanksgiving holiday. If you need assistance or see an unsafe driver, call OSHP by dialing #677.