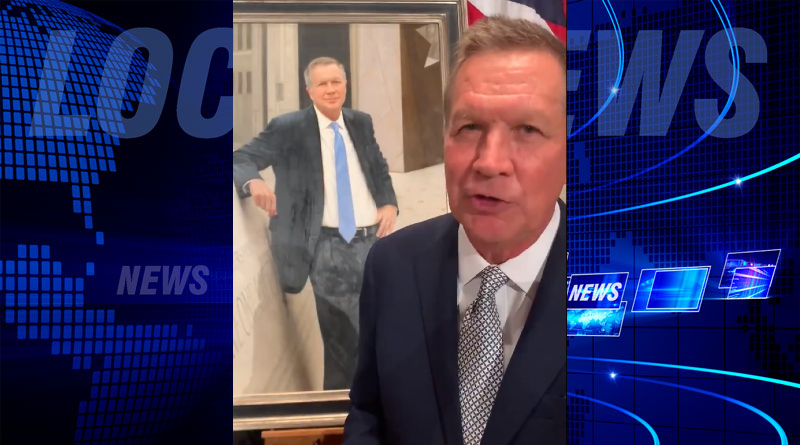 The Capital Square Review and Advisory Board presented the portrait of Kasich on Monday in the statehouse atrium, following remarks by Senate President Larry Obhof and current Governor Mike DeWine.

Kasich served as the state’s 69th governor and was a long-time former congressman.

In his remarks, he said he had a great team when he was the governor.

“We had a great eight years, nine years really. Maybe even ten years, Tim keen started working on our program two years before I was even elected, trying to put things together in the right way.”

Private donations are used to pay for portraits of former Ohio governors.