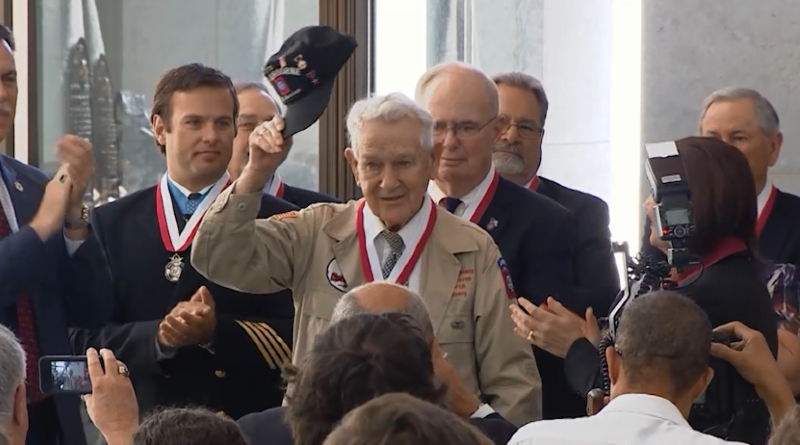 (ONN) – One of Ohio’s most decorated veterans has died.

Don Jakeway, of Johnstown, passed away Saturday at the age of 96.

Jakeway was a World War II Army veteran who was part of the 82nd Airborne Division and took part in combat in Normandy, Holland and the Battle of the Bulge in Belgium.

Jakeway wrote a book titled “Paratroopers Do Or Die!”

Among his commendations for his stellar military career were a Bronze Star, Purple Heart, Presidential unit citation and combat infantry badge.

Jakeway was inducted into the Ohio Military Hall of Fame in 2018.