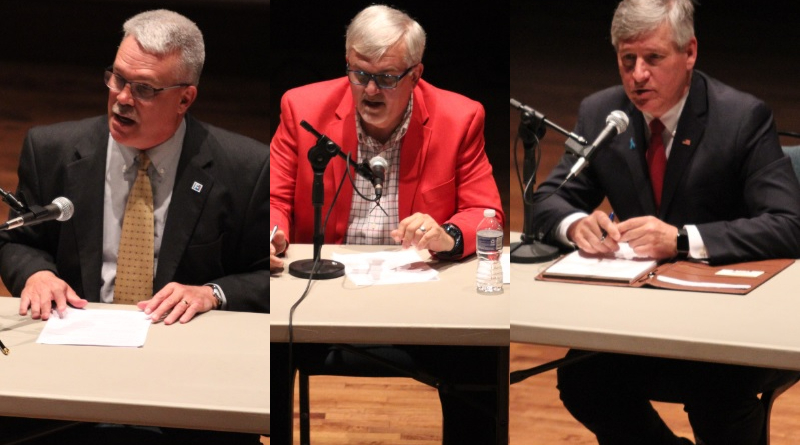 There was a Republican race for three “at large” seats on Findlay City Council.

Five candidates were initially vying for those three seats but one candidate withdrew before the election.

Andre Gilbert withdrew from the race.

Unofficial results from the Hancock County Board of Elections show Greeno with 1,276 votes, Wobser with 1,090 and Russel with 889, while Frische had 707 votes.

There were no Democrats in the primary so Greeno, Wobser and Russel will run unopposed in the fall, although there is the possibility of a write-in challenger.

(pictured above left to right are Russel, Greeno and Wobser)

Russel and Wobser were the incumbents as “at large” council members and Greeno is currently the Fifth Ward Councilmember.

The other at large council member, Tom Shindledecker, is not running for re-election.

Below is the opening statements from the candidates at a forum held in April.