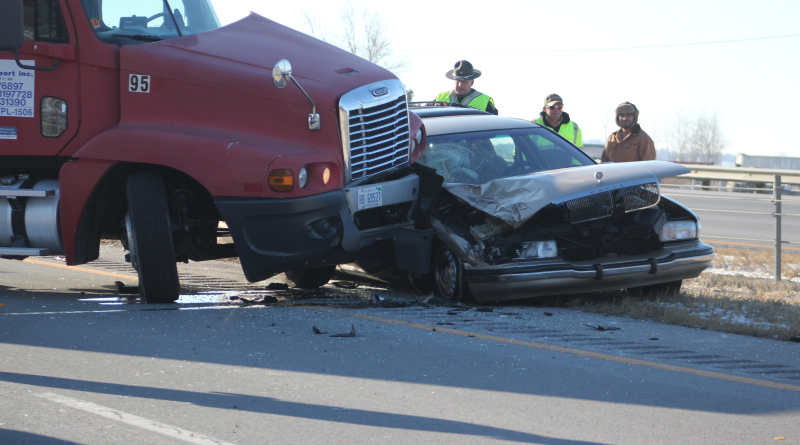 A crash involving a semi and two vehicles on U.S. 68/State Route 15 in Findlay left at least one person injured.

We were told the crash did not involve Western Avenue.

At the crash scene a semi and a station wagon could be seen pressed up against each other.

WFIN News was told on the scene that the driver of the station wagon was being treated.

The road was shut down as the crash was cleared and investigated.

More details will be available when the Ohio State Highway Patrol completes its report on the crash.