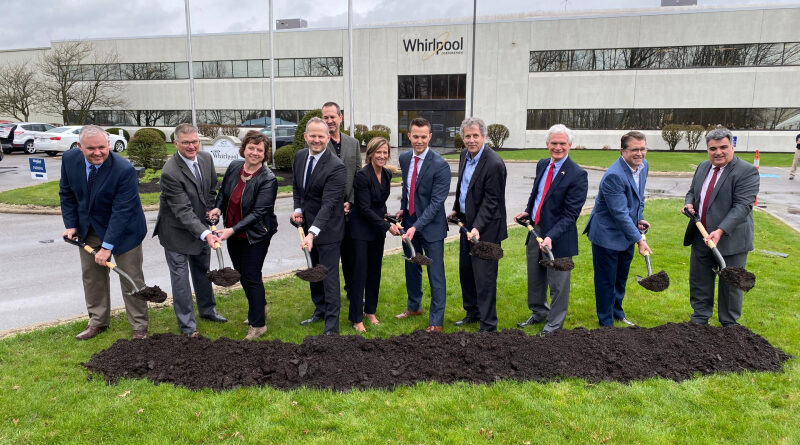 Whirlpool Corporation held a groundbreaking for the $65 million dollar expansion and renovation of its Ottawa operations.

The company says the investment will position the plant as one of the company’s refrigeration hubs and will include an expansion to accommodate production of premium refrigeration products, including high-end built-in refrigerators (BIR).

The expansion of Whirlpool’s Ottawa operations will create 109 local jobs.

Whirlpool says, with the expected growth of the BIR market, this expansion will allow Whirlpool to increase production while providing a critical competitive advantage.

Expansion of the Ottawa facility’s existing footprint will begin later this year.

Officials were on hand on Wednesday for a ceremonial groundbreaking for the expansion.

Get more on that by clicking here.

Whirlpool Corporation is breaking ground on a multi-year, $65 million+ project to transform our Ottawa, Ohio operations into one of our premium refrigeration hubs for North America, adding 109 new jobs. #Manufacturing #Jobs pic.twitter.com/g6BaNyvORE