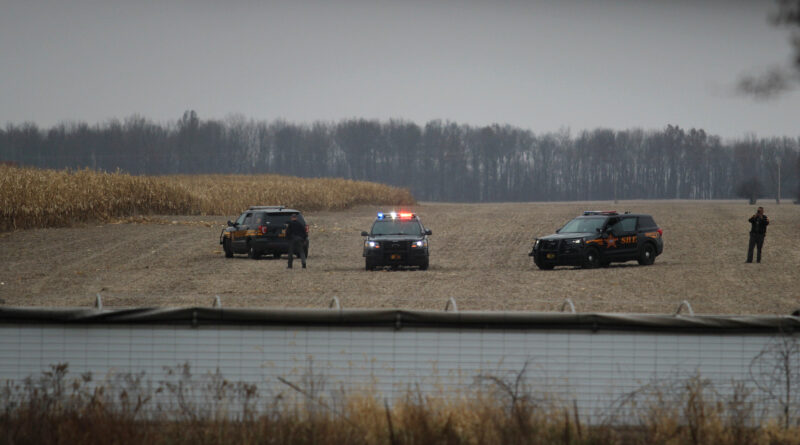 A Findlay man is accused of leading authorities on a chase before crashing in a cornfield and catching it on fire.

The Wyandot County Major Crimes Unit says detectives were attempting to serve a warrant on Joseph J. Tuttle, 35, for a probation violation on Tuesday morning and saw a person matching his description leaving Carey in a pickup truck.

Detectives followed the truck and initiated a traffic stop at U.S. 23 and County Highway 47 in Wyandot County.

Detectives say Tuttle fled and led authorities on a pursuit that reached speeds of more than 100 miles per hour and spanned more than 20 miles.

The pursuit entered Hancock County on U.S. 30 and then the suspect exited U.S. 30 and continued fleeing.

Hancock County deputies joined the pursuit and the suspect started driving through fields in his vehicle.

His truck became disabled from driving over fences and through ditches and came to rest in a standing cornfield in the area of County Road 197 and State Route 103 near the Wyandot/Hancock County line.

Authorities say both Joseph Tuttle and a passenger, his wife Jenilee J. Tuttle, ran from deputies into the standing corn.

K9 units from Hancock and Wyandot County were deployed and the two were apprehended.

Joseph Tuttle was booked at the Wyandot County Jail on a probation warrant, and Jenilee was booked on felony charges.

Additional felony charges are pending a review by the Wyandot County Prosecutor’s Office.