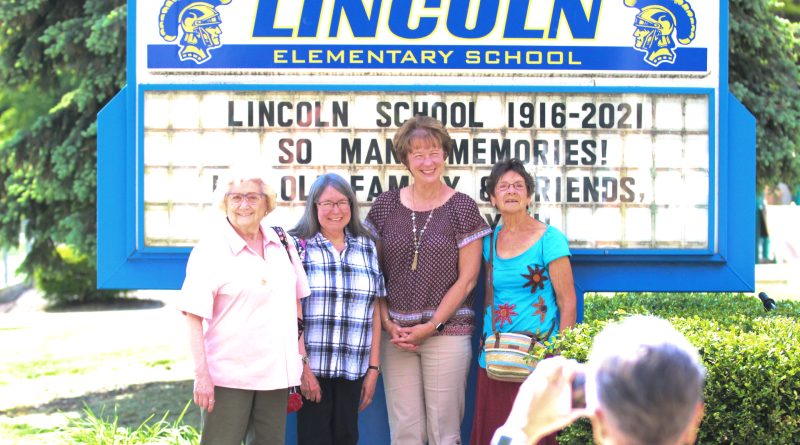 A lot of people spent some time walking down memory lane during an open house at Findlay’s Lincoln Elementary School.

The open house on Tuesday was held to give people a chance to check out the more than 100-year-old school one last time before it closes at the end of the school year.

Thomas Brumley started at Lincoln in 1947, and went to 1st, 2nd and 3rd grade there.

Brumley, who went on to become a physician, remembered his time at Lincoln fondly.

We also spoke with Cathy Floyd at the open house. (second from left in above picture)

She taught 2nd grade at Lincoln for 35 years and says it was just a wonderful place.

In January, Findlay City Schools announced that the school district would be undergoing some elementary school building consolidation in the wake of three failed operating levies in 2020.

Lincoln Elementary will close at the end of the current school year and will be sold.

The last day for students at Lincoln will be May 26th.

Also, Jacobs Primary will be repurposed and will no longer be a K-3 school building.