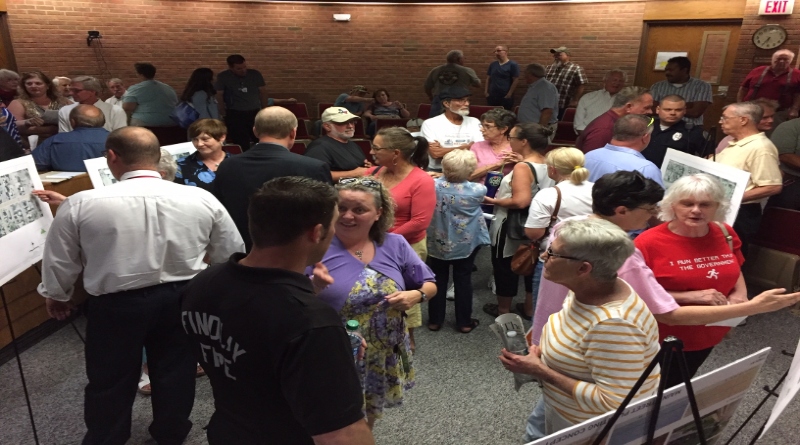 Findlay Mayor Christina Muryn says the city should have done a better job of explaining why the Blanchard Street reconfiguration project is important.

“We missed the mark on getting communication out there about why we’re doing this project, what the proposal was and what it means for the community. Unfortunately, people just really got focused on the bike lanes.”

She knows a lot of people are focusing on the bike lanes, but says the project has been about safety from the beginning.

“There were extensive studies done by multiple firms and confirmed by our engineers and ODOT that this is the safest, most efficient route and configuration for that area.”

She says increasing safety is the reason they want to reconfigure Blanchard Street to one through lane in either direction and a dedicated center left turn lane.

And with the new design, some room would be left over on each side of the road which would become a bike lane.

The city says the project would improve safety at 17 intersections along the Blanchard Street corridor and reduce rear-end and T-bone crashes.

The project also includes a multi-use path along Lincoln Street.

The city’s taking comments on the proposed project through September 6th, and once they digest all the feedback will make a decision on whether to proceed.

“We ultimately are going to make the best decision for the community as a whole,” the mayor said.

“That’s our responsibility, making sure people are safe and that we have a strong infrastructure, not just for now but for the future.”

A recent open house on the proposed project got heated at times.